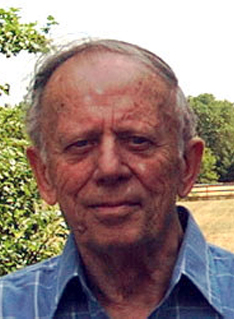 If you tell Dick Barker that he and his late wife were ahead of their time as a two career, sometimes commuter marriage, he will look at you without recognition. He and June were just living their lives, following their work and tending to their marriage. From a distance it looks different.

Dick's childhood was spent in Rochester, NY and the surrounding area. He notes he actually spent several of his early school years in a one room schoolhouse and it was quite an adjustment when he moved into a large elementary school with many students requiring them to move between classrooms. He was an excellent student and an athlete but limited resources prevented him from going on to college directly from high school. Instead he became a Marine in 1946 guarding the home front after World War II. Two years later, on the GI Bill, he returned to the University of Rochester expecting to follow his father's dream of becoming a dentist. Instead he found his interests leading him into history and literature and away from the sciences. Meanwhile, June, with whom he had begun a relationship in high school, had been working for a physiologist who encouraged her to pursue her education in that field. In December of their senior year of college, Dick and June were married and for the next fifty years their life and career decisions wove together into a unique pattern.

Dick's undergraduate mentor, a prominent historian by the name of Dr. Arthur May, encouraged him to pursue a graduate degree at Duke University in Durham, NC. June also applied there and by the second semester, both had scholarships to pursue their research. June studied the impact of water intake on rats, and then studied high altitude/respiration physiology, while Dick learned to do research and write in his field, which by now was European (particularly French) history. After an initial exploratory research trip to France, Dick received a Fulbright scholarship to spend a year in France researching the Pe´rier family. June went to London where she did research on fetal sheep. They visited each other as often as they could. Try as they might, they could not find a job together the following year so Dick became a professor at Western Carolina College near Asheville, NC while June returned to Duke University in Durham, NC as a researcher. A year later, in 1958, Dick found work as a professor at what was then Montclair State Teachers College, in Upper Montclair, NJ, in the Social Studies Department. June became a researcher and teacher at Jefferson Medical College in Philadelphia and the couple found an apartment together in New Brunswick. In the following years, Dick and a small group of other young professors were instrumental in building a history department with areas of true expertise at what is now Montclair State University (MSU). He became Department Chair and enjoyed increasing administrative duties. June's career led her to NYU where she began working on research with Rhesus monkeys. This was a turning point in both their lives and many decisions flowed from this.

In the course of her study, June had the opportunity to acquire the offspring of the NYU Rhesus research monkeys. Eventually they needed to find housing to accommodate their 12 baby monkeys and found a house in New City, NY, with a double garage. June began a lifelong journey chronicling the lives and habits of the Rhesus monkeys.

Although they tried placing the monkeys at a private zoo when they could no longer accommodate their 24 animals, their care was inadequate there and June rescued them. The couple now had to find appropriate housing with an outbuilding sufficient to house their approximately 17 monkeys and they found the perfect place in Hunterdon County, NJ. It had a suitable 36 by 24 foot outbuilding that could be adapted for the caging required. From 1982 until he retired Dick made the 100 mile round trip commute from home to MSU three days per week while assisting his wife in the care of what ultimately became 50 monkeys.

1990-91 was another life changing period in Dick's life. He had experienced one sided hearing loss in his right ear and an MRI in October 1990 revealed a 1.2 cm acoustic neuroma. Although his physician advised him to have microsurgery, Dick's sister in law advised him of the Gamma Knife radiosurgery option. He and his wife used their training as researchers, coupled with June's knowledge of physiology and radiation technology, to research this and other options, They became convinced that should he seek treatment, this would be their best option as microsurgery was very delicate with intrinsic risks, and since his tumor was small and would require less radiation to treat. Dick's wife, with her scientific approach, recommended that he watch and wait to see if the tumor would grow and require treatment. Dick, after a follow up MRI showing no change, felt the need to act and scheduled Gamma Knife surgery at the University of Virginia Health Sciences Center. He explains that he felt the need to "do something" and found the idea of a brain tumor growing in his head to be especially distressing. He had the procedure, which was completely painless, on June 11, 1991. Anyone interested in reading more about it can find his story and his wife's opinions of the treatment option on the Internet by typing http://www.anarchive.org/dick.htm into the web browser. For the next three years, no change was noted in Dick's tumor, but at four years the tumor had shrunk by 28% and at five years the reduction was 33%. At this point he had lost all functional use of his right ear but experienced no other apparent complications. His last MRI scan was in 1999 at which time no change was noted in the tumor size and Dick has seen no reason for further scans.

1991 also brought a retirement offer that was too good to resist and after 33 years Dick left his position at MSU. The timing was right and he felt more than ready to let that chapter of his life end. It was also the year his father died and his mother came to live with them because of Alzheimer's so the challenges were tremendous. Care of the monkeys was also demanding tremendous work and expense and there was more than enough to occupy him. Although lung cancer cut her life short in 2001 and June was unable to compile her research into a finished work, the thousands of audio/video tapes, journals and annual reports of her research now form the June Northrop Barker Archive at the University of Wisconsin Primate Research Center. Most of the animals were donated to the Institute on Aging of the National Institutes of Health.

Whether we notice him or not at our periodic ANA/NJ chapter meetings, Dick is a presence in all of our lives. He is the force behind, and the writer and editor of, our NJ chapter newsletter and it is his research which shapes our quarterly reading. In the past few years he has found this work especially satisfying, providing just the right amount of research and writing to keep him occupied. He has also been an ANA/NJ Board member for seven years. Dick also volunteers for a literacy program providing tutoring in English as a second language (ESL). Twice a week you can find him in the bowling alley with a group of seniors. There have been many adjustments to be made but he is uncomplaining and embraces the support he has found through the ANA and other activities he is involved in. Although life is not always a barrel of monkeys, his has had its share of monkey business!