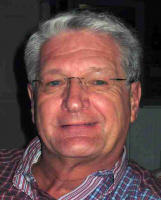 Loyalty to family, friends and place are strong threads woven through Victor Mankoski’s life. He lives close to where he grew up, has been married for 34 years to a woman he has known since kindergarten and maintains friendships that go back even further. Victor and his wife Linda were in the same high school class, had many of the same friends and will soon attend their 45 th year HS reunion together. He did attend college in Missouri and Connecticut but then returned to NJ and got his graduate degree at Jersey City State College and his certification as a school administrator at Seton Hall University.

Victor took a life-transforming job in 1966, aft er his freshman year in college, as a lifeguard at Woodbridge State School. There he discovered his love of working with special needs kids. “They made me feel so special.” Those pivotal relationships with the kids and their families, like so many of the relationships in his life, have been maintained over the years. As a result of this experience, Victor commenced a career working with the disabled, first as a special education teacher and later as a supervisor, a Vice Principal and then Administrator.

Victor and Linda raised their two children, Sara and Seth, around the corner from where they have now lived for the past 16 years. Their lovely home is warm and welcoming and Victor is rightfully proud of the great room which he designed himself. Victor is now retired and is enjoying pursuing his lifelong interest in art by taking water color painting classes two or three times a week. He also takes disabled adults bowling one day a week for the Arc of Union County.

In 1999, Victor was out walking o ne day in his quiet residential neighborhood when he heard what sounded like two gunshots followed by muffled hearing. A few days later his hearing returned, but a month later the same thing happened. A nurse practitioner advised him to go see an ENT who then sent him for an MRI. The ENT said it was a million to one that it would result in anything, but when he saw the negative results along with the actual MRI, he did not feel what he was seeing matched the written report. He sent Victor for a closed MR I which showed that he had an 8.5 mm tumor on his vestibular nerve.

Victor explored his options visiting several doctors before making his decision for surgery. He visited Drs Kwartler and Hodosh in Summit, and then went to Thomas Jefferson Hospital in Philadelphia where he met and really liked Dr. Sataloff. However, after surgery was scheduled for the summer of 2000, Dr Sataloff informed him that the procedure he would use would be the translabyrinthine approach which would render Victor deaf in the affected ear. Having done his homework and read about the three surgical options, Victor questioned why he wouldn’t do a middle fossa procedure for such a small tumor. He asked where the best place to go for a middle fossa procedure would be and was given t he name of House Ear Clinic in California. He located them on the internet and called them. Within a half hour Victor received a call back by one of their interns, a Dr Chen from Australia. Dr Chen confirmed that with such a small tumor a middle fossa approach would be best and asked that the tests be mailed to House Ear for review. Victor overnight mailed the tests to House Ear and had a return call from Dr Slattery who advised that he would be a good candidate for the Middle Fossa approach and gave Vict or references to call. Victor called those references and all of them said good things about House Ear. When he advised the doctor from Philadelphia of his decision, Dr Sataloff advised that he could also do a middle fossa procedure but conceded that this procedure would involve more risk since he did not do it regularly.

Victor cannot say enough good things about the treatment he received from House Ear in the summer of 2000. He and his wife spent about three weeks in California and made good friends with three other patients and their spouses who were staying in the same place and going through the same procedure. He spent three days in ICU then another four days in the hospital. They then stayed in the area for two weeks after the procedure as adv ised for follow up. Victor was able to do a lot but did fatigue easily. He returned to work after Thanksgiving and even went snow skiing that winter having resumed a normal schedule. His fatigue and balance issues were pretty much resolved by May or June of 2001.

For the first five years, MRI’s were negative and all was well. When Victor had his seven-year follow up MRI he was shocked to be told that not only did he have another tumor but it was already 2.5 by 3 cm and was on his facial nerve. This was devastating. Not only did House Ear tell him that they couldn’t do a middle fossa procedure, they were even hesitant to do the translabyrinthine procedure because of the risk to his facial nerve. They asked him to consider radiosurgery , but he was co ncerned about possible complications which might result if he was to have a 3 rd tumor. As a result Victor made the decision to return to House Ear for microsurgery. Again it was an amazing experience. When Victor and Linda returned to California, now in 2 007, they were met by some of the same staff as they had dealt with before. He was greeted as an old friend at the hospital residence where Linda stayed while Victor was hospitalized. He was similarly greeted in admissions, and by the recovery nurse and an esthesiologist. Drs Hitselberger, Neurosurgeon, and Slattery, Otolaryngologist , did an amazing job in shaving the tumor off his facial nerve yet leaving it intact and undamaged. Victor had a Baha implant at the same time knowing he would be deaf in the affected ear after the surgery. His audiologist at home, Dr DiSogra, was able to program the hearing device which was attached several months later. In addition to the deafness, Victor experienced extreme fatigue after the surgery. His doctor explained this to him by saying “consider yourself like a twin engine plane flying on one engine.”

All things considered, Victor says he is “incredibly blessed and very lucky. ” He has had the support of his wife, his family, and his friends throughout it all. He and Linda have always enjoyed traveling, having traveled to many places throughout Europe, Tahiti, the Orient and Australia. They are currently looking forward to a Mediterranean cruise this summer.