ANAUSA’s most recent “Patient Survey” (2014) reported that 87% of the 846 respondents said they were able to continue regular employment following treatment. This was very encouraging news for VS patients and the medical community. One needs only to compare this achievement to the almost unbelievable statistic from 100 years ago that the mortality rate from surgery for VS had declined to 80%. Outcomes today continue to improve, enabled greatly by the development of computed tomography (CT) and magnetic resonance imaging (MRI). In the Introduction to “Guidelines on the Treatment of Adults with VS” (2018), the Congress of Neurological Surgeons observed: “The evolution in treatment over the last century has ultimately led to an environment where functional outcome has taken precedence over disease eradication. With multiple noninvasive management options available, the tolerance of cranial neuropathy in patients with small to medium-sized tumors is low. Today, hearing preservation, facial nerve function, and tumor control remain the primary benchmarks used to evaluate treatment effectiveness and compare outcomes.”

Hearing preservation, facial nerve function and tumor control are worthy benchmarks to select, and surely much less worrisome than ‘life preservation’ for patients to have to think about. Beyond such basic measures of clinical success, however, present-day patients and doctors are also giving attention to a wide range of ‘Quality of Life’ (QOL) concerns. The  “Patient Survey” (2014) tabulated the great variety of problems reported on by VS patients over the years 1983-2014, to include: single-sided deafness, tinnitus, balance, vertigo, dizziness, headache, fatigue, depression, eye problems, memory difficulties, concentration difficulties, smell, taste, swallowing. It’s intriguing that in 2018 the Mayo Clinic’s ongoing study (“Prospective Quality of life in Patients with Acoustic Neuroma”) found that “the main symptoms that drive a reduced QOL in VS patients are primarily ongoing dizziness, followed by headache, followed by tinnitus, with facial weakness and hearing loss actually coming in fourth and fifth place, respectively.” Type of treatment for VS did not predict which patients would have these bothersome symptoms. “For example, the only predictor for long-term dizziness was the presence of severe dizziness at the time of diagnosis – treatment did not really positively or negatively impact it.”

Age and sex are not strong predictors of hearing preservation following treatment for VS. On the other hand, the quality of hearing at the time of diagnosis seems very important, and best outcomes are for small tumors. Hearing rarely improves after treatment. Gradual deterioration in hearing in the affected ear occurs over time regardless of the type of treatment employed, whether surgery, radiation or observation.

For small to medium tumors, “hearing preservation surgery” is being offered via the Middle Fossa (MF) and Retrosigmoid (RS) approaches. Probability rates of 60-80% for ‘long-term’ preservation of useful hearing have been cited. But patients are cautioned that “long-term” means 10 years at most. Follow-up data is lacking for maintenance and quality of hearing beyond 10 years. Patients need to ask for definition of words such as ‘useful’ or ‘serviceable’ when used to predict post-treatment hearing quality. (See M. Sanna, “Hearing Preservation Surgery in VS: The Hidden truth,” Annales Otol Rhinol Laryngol, vol 113 (Feb 2004).

CNS Guidelines (2018) reported that patients with small to medium VSs (<2.0 cm) and serviceable hearing at diagnosis, when treated by MF or RS surgery, can anticipate a probability of 25 to 50% preservation of serviceable hearing at 10 years. The same probability at 10 years was assigned for VS treated with single-fraction radiosurgery, provided the radiation dosage to the tumor margin is 13 Gy or less and the cochlear dose  is no more that 4 Gy. Whether or not hyperfractionation protocols do better has yet to be determined.

The need for postoperative rehab therapy for facial movement problems was reported by 12.9% of surgery patients who participated in ANA’s 2014 “Patient Survey.” The figure was 6.0% for radiosurgery patients (SRS) and 3.3% for radiotherapy (FSR). Currently in practice but under review (“Acoustic Neuroma Subtotal Resection Study”) is a procedure called ‘facial nerve-sparing surgery’ whereby a large acoustic neuroma is partially removed and the ‘residual’ is treated subsequently (as needed) by stereotactic radiosurgery or fractionated  radiotherapy. The basic goal of this less aggressive surgery approach is to maximize both facial nerve function and quality of life (QOL). Preliminary reports on the procedure are promising. CNS Guidelines (2018) recommended the need for more evidence to show that subtotal resection provides comparable facial nerve preservation to patients who undergo complete surgical resection. There have been concerns that less experienced surgeons may oversell the benefits of partial resection surgery, and that the radiation treatment may impair hearing preservation. A recent evaluation is M. Harris & N. Zwagerman, “Near-Total Resection of Large VS for Facial Nerve Preservation,” ANA Notes (March 2019).

The need for postoperative balance therapy was reported by 27% of patients responding to ANA’s 2014 “Patient Survey.” Essentially everyone diagnosed with a vestibular schwannoma (VS) can expect to experience difficulty with balance to some degree. After all, the tumor is growing on the balance part of the vestibulocochlear (8th cranial) nerve. If the tumor is removed by microsurgery, the damaged balance nerve fibers are cut away. They have been compromised by the tumor and are for the most part either non-functioning or close to it. Patients with disabling vertigo have reported significant improvement in quality of life following surgery for their VS. Of course, cutting the nerve results in an abrupt loss of balance input to the brain on the affected side, but the plasticity of our amazing brain will compensate on the good side for the loss. With radiation treatment there is no “cutting” of the nerve and adjustment does not occur as quickly as with microsurgery. Change “occurs more slowly, often with some troublesome persistence of balance function on the treated side.” There is a potential for unsteadiness over a longer period of time. Some visual-vestibular balance therapy will help to speed the adjustment. A recent ANA ‘Medical Report’ is Jeffrey Sharon, “Dizziness and Vestibular Schwannoma,” ANA Notes (March 2020). 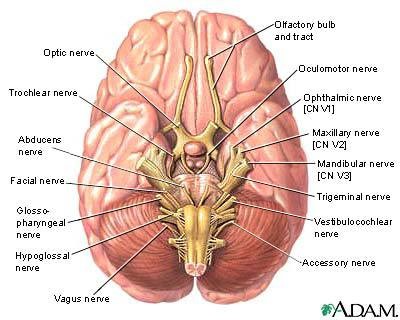 A large number (66.2%) of respondents to ANA’s 2014 “Patient Survey” listed tinnitus as a main symptom. It’s a major issue for many ANers at the time of diagnosis as well as post-operatively. Treatment of the VS by either microsurgery or radiation cannot be expected to make the tinnitus go away. A basic House Ear Clinic survey of 500 patients in 1998, for example, showed that tinnitus after surgery may improve a bit (40%), or stay the same (50%), or get worse (10%). For radiation treatment there is similar unpredictability. Although there is no definitive cure for tinnitus, there are ways to manage it and make it less of a problem. The American Tinnitus Association recommends that patients with persistent tinnitus consult the American Academy of Otolaryngology’s Clinical Practice Guideline: Tinnitus (2014), available as a free full-text copy at www.entnet.org. This important Guideline evaluates and recommends “habituation” via sound therapy as one of the primary methods for helping to manage tinnitus, as in Tinnitus Retraining Therapy (TRT). For the more serious cases, adding Cognitive Behavioral Therapy is recommended. The Guideline does not recommend the use of medications such as antidepressants; dietary supplements such as Ginkgo Biloba or zinc; or transcranial magnetic stimulation. Evidence is found insufficient to either recommend or discourage using acupuncture for treating tinnitus. A recent evaluation recommending TRT is D.Pineault, Aud.D. (Canadian Hearing Society), “How Can Tinnitus Retraining Therapy Facilitate Habituation to a Problematic Tinnitus,” The Connection (Spring 2019), Acoustic Neuroma Association of Canada, online at www.anac.ca/newsletters.

ANAUSA’s “Patient Info Booklet” entitled Headache Associated with Acoustic Neuroma Treatment  (January 2018) examines how preventive measures during surgery introduced in recent years have greatly ameliorated post-craniotomy headaches. Some headache immediately following surgery should be anticipated due to the craniotomy and head positioning involved, but typically responds well to medication. Maintaining hydration is important. Getting up and moving around is important. For relief from headaches that persist, possible causes to examine with professionals and to investigate in the literature are (1) over-medication with painkillers; (2) headache ‘triggers’ such as caffeine, red wine, nuts, stress, tiredness, diet pills; (3) occipital nerve damage or entrapment. Some corrective measures to consider are: (1) preventive medication; (2) muscle relaxants and neck muscle therapy; (3) cranioplasty; (4) alternative treatments such as massage, acupuncture, stress reduction. Keeping a headache diary to review with your physician is a good idea. Achieving chronic headache control can be difficult and is best done under the supervision of a neurologist experienced in headache management. For the most treatment-resistant cases, working with a multidisciplinary pain center may be advisable.

Basic fatigue is the condition of being tired briefly because of physical or mental exertion. Stress or depression can also cause this kind of fatigue. Chronic fatigue is a persistent tiredness and lack of energy that just won’t go away. The majority of patients who undergo surgical treatment for acoustic neuroma experience fatigue for only a brief period of time. That is, there is a noticeable decrease in energy immediately following the trauma of anesthesia and a long surgery, but usually within about 3-4 months the patient ‘bounces back’ and resumes normal activity. For any more prolonged period of fatigue, patients are advised to seek professional help. Acoustic neuroma patients need to keep in mind that as time moves on fatigue-causing conditions not related to AN may occur to complicate perceptions. For example, prolonged fatigue may be caused by diabetes, hypothyroidism, sleep apnea, iron deficiency anemia, various prescription drugs (“medication fog”), and even a special condition defined as chronic fatigue syndrome (CFS/Myalgic Encephalomylitis). What causes CFS remains maddeningly elusive, but common symptoms are profound fatigue lasting more than 6 months and cognitive trouble often described as “brain fog.” NIH’s Institute for Neurological Disorders and Stroke is currently researching the biology of CFS.

Depression can be set off by a traumatic situation or stressful time; undergoing testing and a long surgery under general anesthesia for a brain tumor is no picnic. There are other life-changing side effects of acoustic neuroma surgery, such as facial problems, hearing loss, tinnitus, imbalance, head pain, fatigue. All of which helps to explain why the post-surgery depression rate has been reported as higher for AN patients than for other surgeries. Depression disorders can be helped by participation in a support group, individual counseling and appropriate anti-depressant medications. Guidance by a doctor specializing in depression disorders is advisable.

Problems especially with short-term/working memory can result after a major surgery. “The true art of memory is the art of attention,” and clearly, the acoustic neuroma experience coes loaded with potential ‘attention-busters.’ There can be problems, at least temporarily, with listening, concentration, remembering, learning new things. A possible anatomic cause of memory difficulty is retraction of the temporal lobe of the brain during surgery, which can put stress on the temporal lobe’s memory circuitry. Then too, it has been theorized that a memory-important area of the brainstem, the locus ceruleus, may be disturbed by the size and/or treatment of an acoustic neuroma.

ANAUSA’s 2008 “Patient Survey” reported an overall incidence rate of 18% for cerebrospinal (CSF) leak after acoustic neuroma surgery (211 of 1,188 patients). However, because of advances in surgery and closure repair techniques, reports in the medical literature were already showing lower rates for postoperative leaks. In 2004, New York University, for example, reported a drop in the overall rate from 17% for surgeries performed during 1979-1995 to 6.6% for surgeries during 1995-2000. In 2010, the VU University in Amsterdam reported a less than 1% CSF leakage for Translabyrinthine surgery cases (1993-2009). Jumping ahead to 2019, the University of Cincinnati has reported a leak rate of only 3% for patients during 2007-2017 having the Middle Fossa surgical approach. The trend has continued downwards for the three main surgical approaches. The majority of CSF leaks occur in the first days after surgery. They almost always require treatment with a lumbar drain (a catheter placed through a spinal tap needle for 3-5 days). They don’t tend to resolve spontaneously. It’s uncommon for leaks to develop after the patient leaves the hospital. One caution for post-hospital patients is that drainage of mucus from the nose because of a common head cold or sinus viral infection can be mistaken for CSF leakage. Patients who feel they may be having CSF leak (CSF rhinorrhea) should consult with their treating physician.